Not Worth My Time 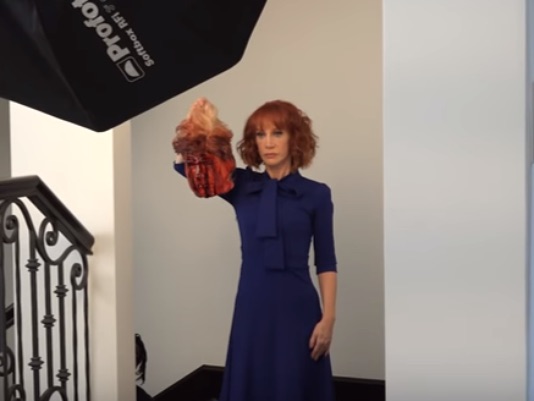 Friends have asked if I plan to address (1) the Kathy Griffin decapitation photograph or (2) Alex Gardega’s addition to Fearless Girl.

I am a passionate advocate for the broadest possible interpretation of the First Amendment and believe that rights to free expression should be limited in only a handful of circumstances. Alex Gardega can add a urinating canine to Fearless Girl. (If he has a permit.) Tyler Shields can take a photo of Kathy Griffin holding an effigy’s severed head. But I can choose not to engage with these artistic efforts.

Over the last few months, I have struggled with my beliefs about free speech. For the first time in my life, I considered whether or not some words, images, and gestures are too violent, degrading, or cruel to be circulated in functional communities. I wondered if the United States needs to enact federal hate speech laws similar to those of Germany or the United Kingdom. Perhaps, I thought, our dysfunction can be remedied by the establishment of common guidelines for communication.

Then I recalled that listeners hold as much power as speakers.

Low forms of engagement, such Gardega’s wee statue or Shields’ violent photograph, are crass bids for attention. When presented with a viewpoint that is offensive, repulsive, hateful, or simply stupid, I can ignore the speaker. I don’t have to pay attention to misogynists, trolls, bigots, or racists. I don’t have to read articles by Milo Yiannopoulos, Richard Spencer, or Alex Jones. When such lowbrows are invited by students to speak on college campuses, they should be permitted to pontificate to the (almost invariably tiny) group that invited them. Furthermore, I wish that academic protestors would stop obstructing their scheduled speaking appointments. Not because I think these individuals are credible. Instead, because I know that ignoring a fool is the most effective way to shut him up, and protests just bestow more undeserved attention.

We don’t have to give base efforts the same time and energy that we bestow on serious efforts.

By contrast, the controversy surrounding Shakespeare in the Park’s production of Julius Caesar, as well as corporate and individual responses to the play, are worthy of some time and effort. So I’ll be back shortly with some thoughts on the legal, ethical, and artistic implications of Oskar Eustis‘ comparisons between Caesar and Trump.